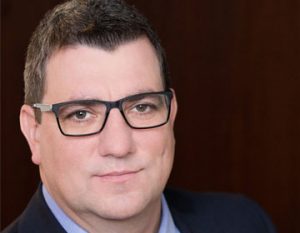 Managing Director of the Austrian PR agency The Skills Group, an affiliate of FleishmanHillard International Communications. His agency celebrated its 30th anniversary in 2014 and is since its founding in 1984 amongst the leading communications consultancies in Austria.

Juergen Gangoly is specialized in issue management, crisis communications and high-end strategy consulting. In the recent years, together with his agency team, he became internationally one of the most-awarded European PR experts and won since 2010: 5-times a SABRE Gold Award (EMEA), 4-times the 1st prize of the Austrian Best Practice Award, twice the   PR Prize (2013, 2014), two German PR Report Awards and received 2013 ­ for the third time ­ the renown Austrian State PR Award.

Mr. Gangoly is a Board member of the Austrian Public Relations Association (PRVA) responsible for International Affairs and Quality Standards, and represents Austria in the board of the International Communications Consultancy Organization till the end of 2020.

He is an author and co-author of several publications on online communications and E-Commerce and regularly active as a lecturer on social media and mass communications.